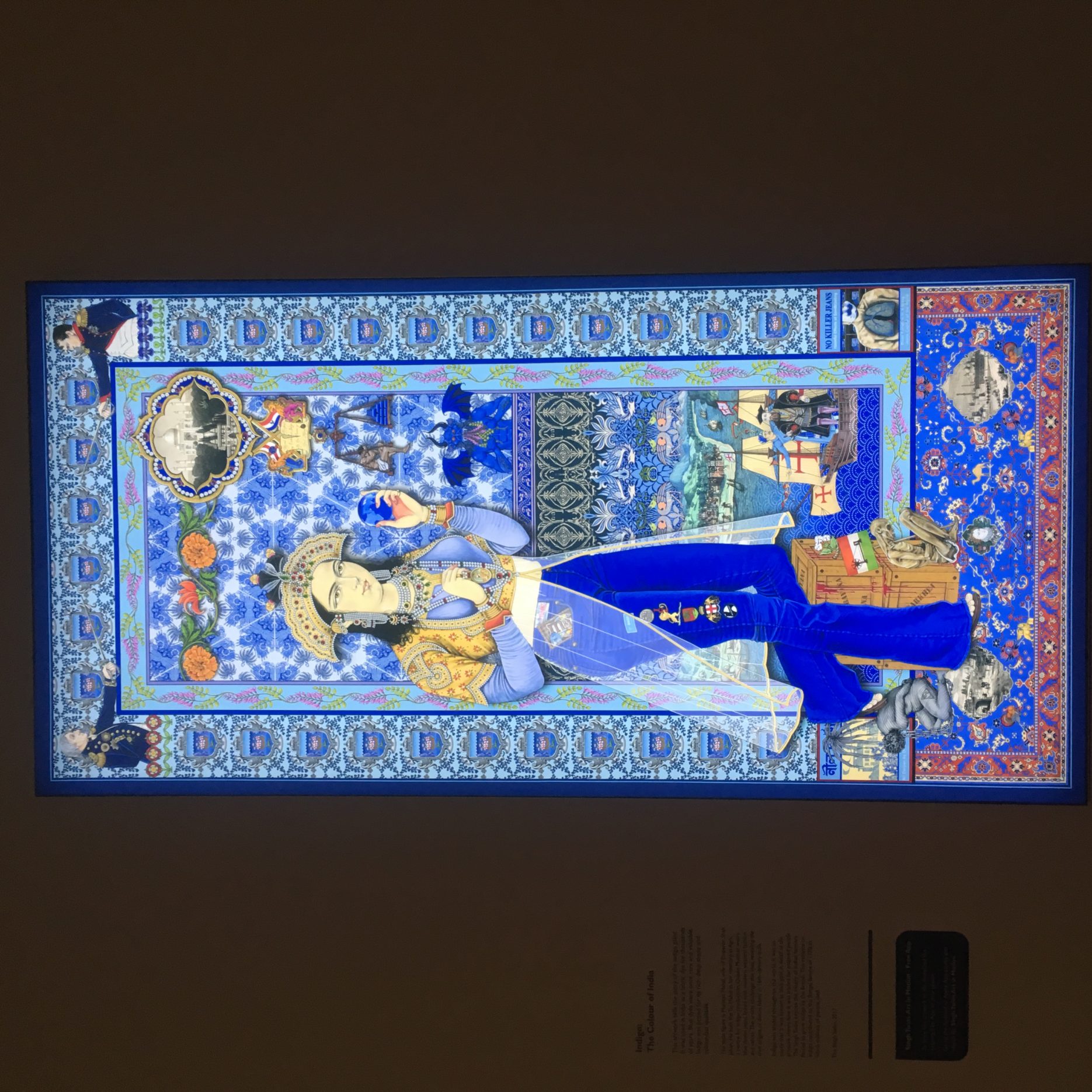 “This artwork tells the story of the indigo plant. It was used in India as a fabric dye for thousands of years. Blue dyes were rare and valuable. Indigo was prized for its rich, deep shade and colour-fast qualities.

The main figure is Mumtaz Mahal, wife of Emperor Shah Jehan. He built the Taj Mahal  in her memory in Agra, a centre for indigo production. Queen Mumtaz wears blue denim jeans, linked with modern western fashion and values. The artists challenge this idea, revealing the true origins of denim fabric in 16th-century India.

Indigo was traded throughout the world. It was so costly that it was known as blue gold. A detail of the artwork shows how it was traded for enslaved people. The Singh Twins expose the misery of Indian famers forced to grow indigo by the British. This reliance on indigo contributed to the Bengal famine of 1770, in which millions died.” 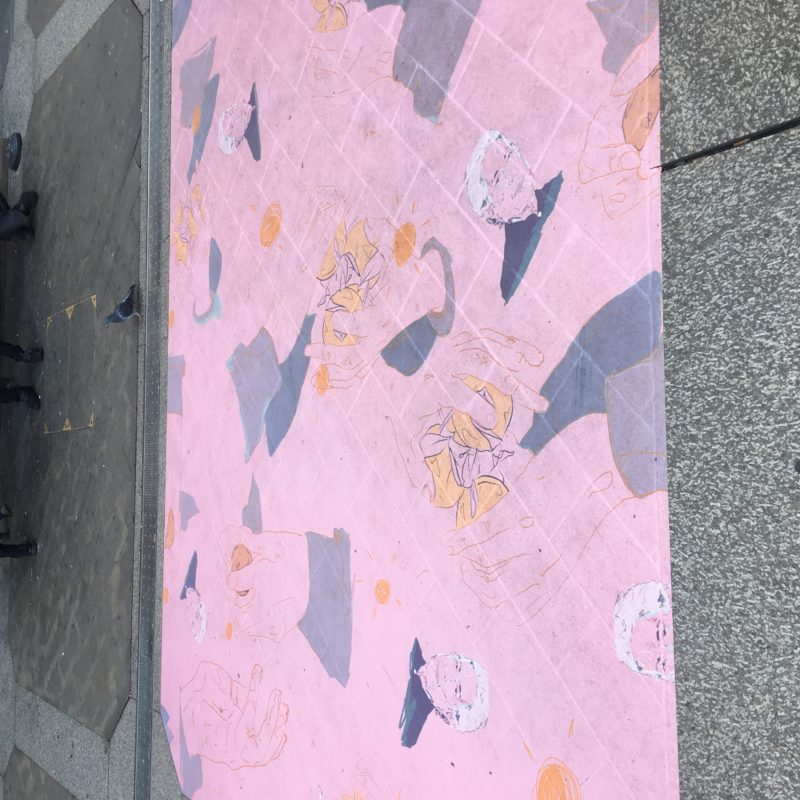 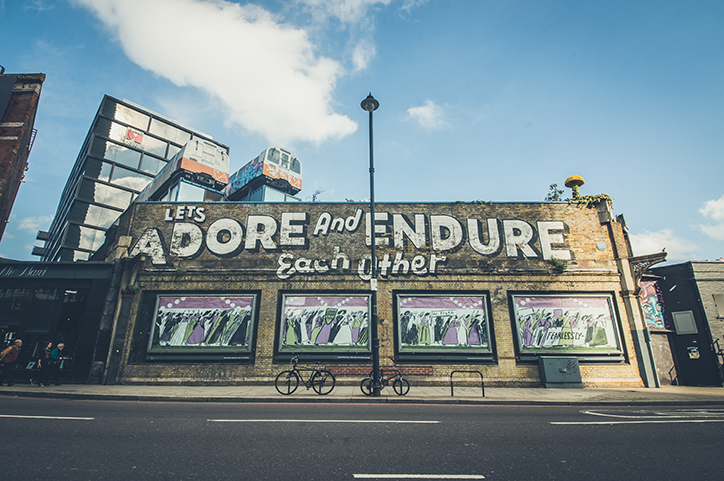 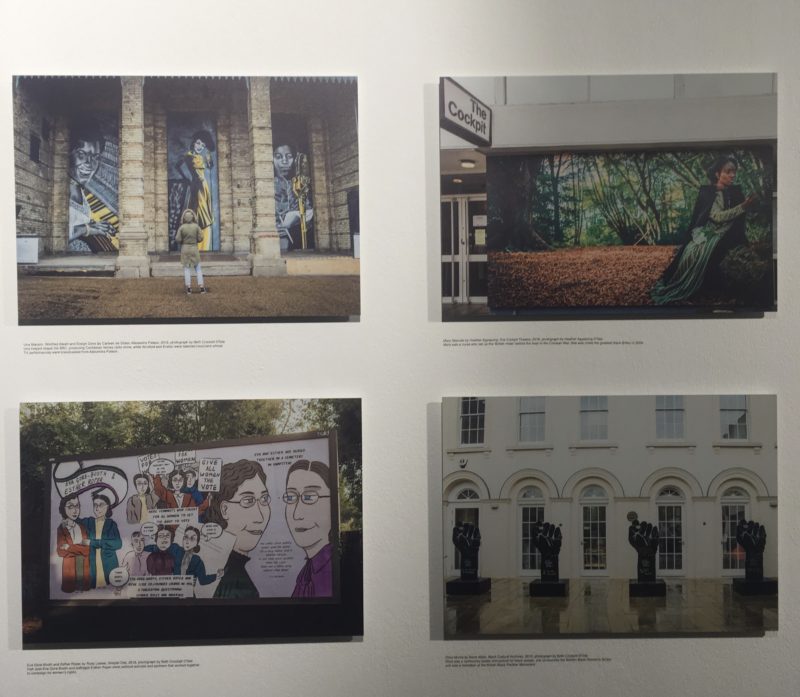 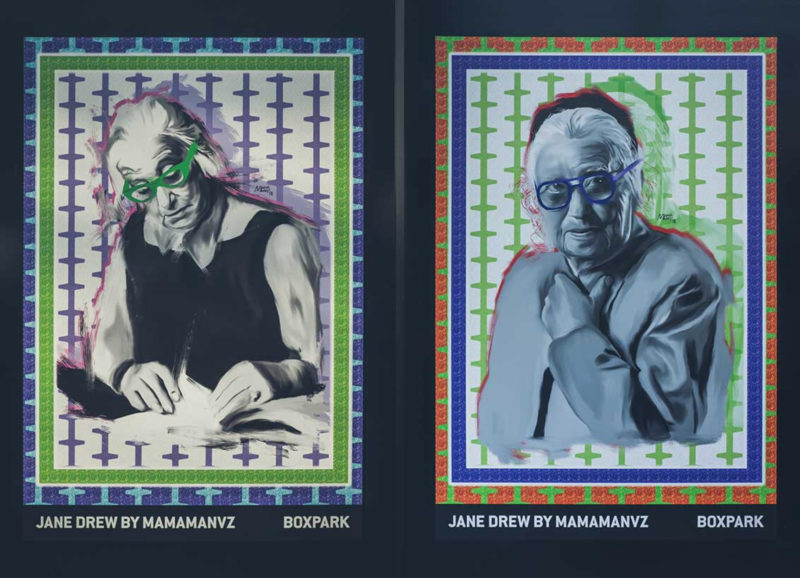